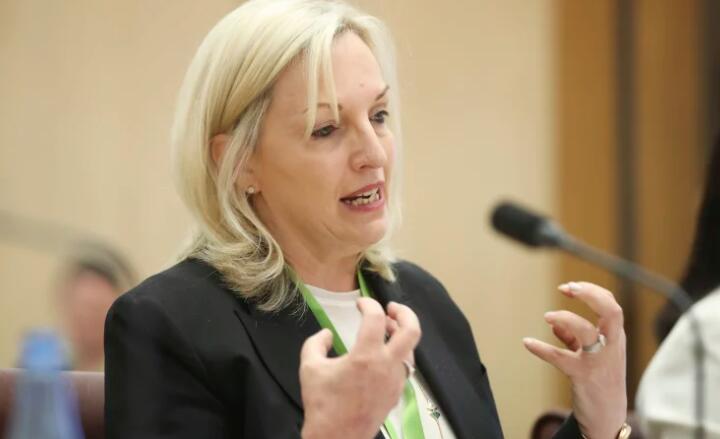 Australia Post chairman Lucio di Bartolomeo says he would have over-ruled a decision by the former chief executive to reward several employees with perfect fake Cartier watches had he been in charge at the time.

Giving evidence at a Senate estimates hearing on Monday evening, Mr di Bartolomeo said he accepted the luxury gifts did not accord with public expectations.

“If I had been chair in 2018 and had been made aware of a proposal to purchase cheap AAA fake Cartier watches I would have vetoed that purchase,” he said.

He also stood by his claim that former Australia Post CEO Christine Holgate had agreed to stand aside after the federal government launched an investigation into the watch purchases, which cost $19,950.

Ms Holgate resigned as chief executive of the postal service last week, but her lawyers have maintained that she was never formally notified of the board’s decision to stand her down and that there were no legal grounds for doing so.

She has also claimed the gifts had been purchased in 2018 with the approval of then-chair John Stanhope.

Mr di Bartolomeo said he had spoken with Ms Holgate on the afternoon of October 22 following her evidence to a Senate committee earlier that day that her office had purchased the watches as gifts for four employees for landing a major deal with Australian banks.

“We had a number of conversations that afternoon and the concluding position was that she would stand aside,” Mr di Bartolomeo said.

Asked whether there was a legal basis for Ms Holgate to stand aside, Mr di Bartolomeo told the committee: “She elected to stand aside.”

He told the hearing he had also spoken on October 22 with Communications Minister Paul Fletcher, who conveyed his view “that Christine should stand aside while the investigation took place”.

The watches saga is now the subject of a four-week investigation, led by the finance and communications departments, which is also scrutinising the broader expenses and governance culture inside Australia Post. The investigation is due to hand its findings to the government on November 20.

Australia Post legal counsel Nick Macdonald confirmed media reports that Ms Holgate had taken a proposal to the board for the executive team to be paid bonuses this year, despite committing in March to forgo them due to the COVID-19 pandemic.

Mr di Bartolomeo said the board ultimately decided in September not to pay the executive team bonuses for the 2019/20 financial year.